China fires back, calls US ‘the biggest threat to world peace, stability and development’ after FBI warnings

China fires back, calls US ‘the biggest threat to world peace, stability and development’ after FBI warnings

China warned that the United States is “the biggest threat to world peace, stability and development” Thursday, after top U.S. intelligence community officials warned this week that Beijing poses the “biggest long-term threat to economic and national security” to America and Western allies.

Foreign Ministry spokesperson Zhao Lijan made the comments after FBI Director Christopher Wray gave a speech in London at the MI5 building, warning of the “complex, enduring and pervasive danger” that China poses to both the United States and the United Kingdom.

“The relevant U.S. politician has been playing up the so-called China threat to smear and attack China,” Zhao told reporters at a daily briefing when asked about Wray’s comments.

Zhao added that “facts have fully proven that the U.S. is the biggest threat to world peace, stability and development.” 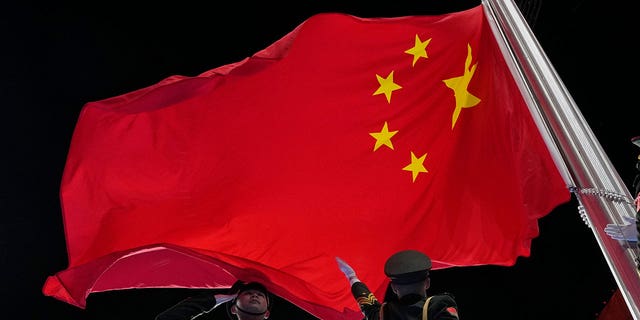 The Chinese flag is raised during the opening ceremony of the 2022 Winter Olympics. (AP Photo/Natacha Pisarenko)

“We urge this U.S. official to have the right perspective, see China’s developments in an objective and reasonable manner, and stop spreading lies and stop making irresponsible remarks,” Zhao said.

Wray, on Wednesday, warned that Beijing is “trying to shape the world” by interfering in politics, business and more.

Wray said the Chinese government “poses an even more serious threat to Western businesses than even many sophisticated business people realize,” and said the “danger” from China is “complex and growing.”

“The Chinese government is trying to shape the world by interfering in our politics, and those of our allies,” Wray said. “All of that is to say – China poses a far more complex and pervasive threat to businesses than even the most sophisticated company leaders realize.”

Also Wednesday, the U.S. intelligence community warned that state and local leaders are at “risk” of being “manipulated” to support “hidden” agendas by the Chinese Communist Party as China seeks to target officials outside of Washington to lobby for Beijing-friendly policies at the federal level. 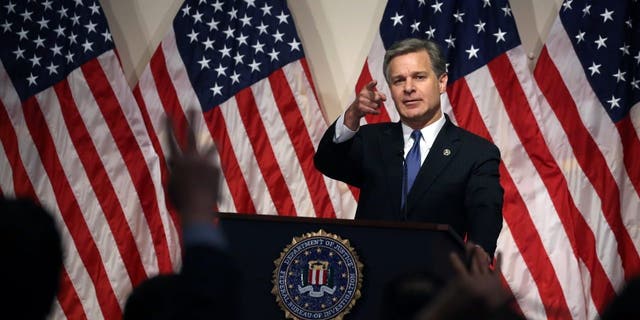 Director Christopher A. Wray speaks to the media at FBI headquarters on June 14, 2018, in Washington. (Mark WIlson/Getty Images)

The National Counterintelligence and Security Center (NCSC) warned that as tensions between Washington and Beijing grow, China is seeking to “exploit U.S. subnational relationships to influence U.S. policies and advance PRC geopolitical interests.”

The NCSC warned that Chinese influence operations in the U.S. are to expand support for PRC interests among state and local leaders and to use those relationships to “pressure Washington for policies friendlier to Beijing.”

“The PRC understands U.S. state and local leaders enjoy a degree of independence from Washington and may seek to use them as proxies to advocate for national U.S. policies Beijing desires, including improved U.S. economic cooperation with China and reduced U.S. criticism of China’s policies towards Taiwan, Tibetans, Uyghurs, pro-democracy activists and more,” the NCSC explained.

Top Biden administration intelligence officials have been sounding the alarm on the threat China poses for months. 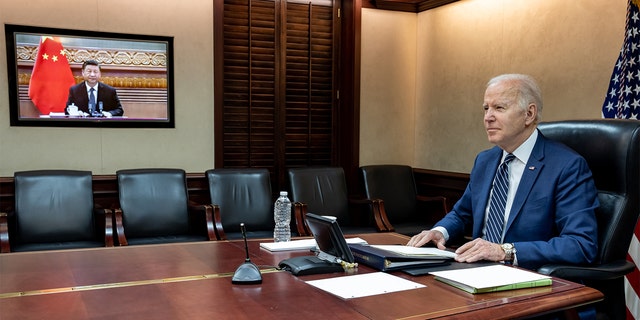 In March, the intelligence community annual threat assessment warned that China is increasingly a “near-peer competitor, challenging the United States in multiple arenas – especially economically, militarily and technologically – and is pushing to change global norms and potentially threatening its neighbors.”

And in April, CIA Director William Burns issued a similar warning to Wray’s – also noting that China has been “a silent partner” in Russian President Vladimir Putin’s aggression in Ukraine.

Burns, at the time, said China is “in many ways, the most profound tests the CIA has ever faced,” calling China a “formidable competitor lacking in neither ambition nor capability.”

The Associated Press contributed to this report.

Brooke Singman is a Fox News Digital politics reporter. You can reach her at Brooke.Singman@Fox.com or @BrookeSingman on Twitter.

You May Have Missed